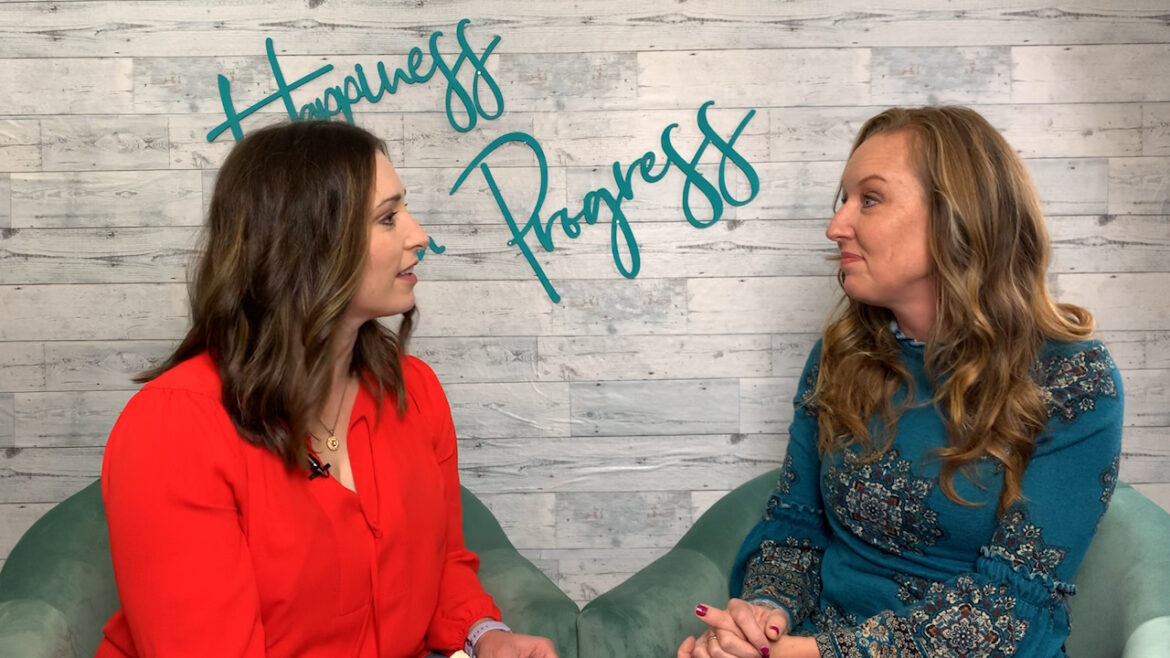 “Grief is hard, but it’s not bad. It’s part of our process. We have to have it in order to get through that sorrow. It’s just something that has to be faced.

Otherwise, if we push it away — it’s just going to eat us up. It’s not going to yield anything good for us if we don’t face it.” –Treva Kuyper Runyan

Today’s guest is Treva Kuyper Runyan. She is the founder of Not Just a Widow, where she works to gather widows together online and in-person to find friendship and comradery. She was the director of the The Loft for teen girls for eight years. She’s also a children’s muralist.

This conversation is all heart. Treva is just pure love and I appreciated her opening up to share the story of losing her husband, finding another love and being a mom while grieving.

“All of a sudden, in 10 minutes I became a widow and a single mom”

Nearly three years, in March 2017, Treva Kuyper Runyan got a terrifying call from her son — he, her other son and husband had been in an accident.

The boys of the family had been on a hunting trip in Klamath Falls — about an hour and a half drive from their home. When her oldest son was driving with his permit on Highway 97, trying to pass a truck, they didn’t make it.

The car rolled and Treva says her husband was gone in about ten minutes.

“I remember just shaking,” Treva said on the Happiness in Progress podcast.

She says when she made it to the hospital, the chaplain said, “I’m sorry ma’am, but your husband didn’t make it.”

Treva describes it almost like a Grey’s Anatomy slow-motion moment, saying it was weird and surreal.

Being a mom through grief

One of the parts of the conversation that struck me was when Treva described her daughter (a senior in high school) when they heard the devastating news.

She says her daughter screamed and climbed up the side of her.

While Treva described this, I realized — Treva had to somehow mother while grieving herself.

She said it is one of the most difficult parts of widowhood, “As a mom when our kids skin their knee, or stub their toe or someone at the school has bullied them we want to come up with a solution — whether that’s a bandaid or we’re going to talk to someone at the school to fix it, but in this situation with them losing their dad in the way that they lost him, being a widow — there’s no fixing it.”

The night Treva and her three children lost their father and husband — Treva says the children would wake up in the middle of the night wailing.

All she could do was say ‘sorry’ because there was “nothing [she] could do to make it better.”

Treva knew she needed to put the oxygen mask (so to speak) on herself first.

She said, “If I don’t care of me, they’re going to lose two parents.”

Treva has several ideas on how to practice self-care during grief including creating a sanctuary. You’ll find that in the full episode of Happiness in Progress.

The loss of life isn’t the only loss

Treva describes one of the hardest parts of widowhood being the loss of not only your husband, but your dreams. She describes being comfortable before her late husband’s death — she could expect what tomorrow or the next day or the next month would be like. In just a moment, that is taken away.

She said after her husband passed away, she would close her eyes to think of the future and all she could see was white. Previously she could see color, dreams — a life together.

Hear about the prayer in which Treva asked God, “What are we doing here?” and how that helped her find hope on the full episode of Happiness in Progress.

‘Every married couple — one of them will bury the other.’

In my 16 years of interviewing people, I’m not sure another answer has shocked me like this. I had asked her what she would want to tell people who hadn’t experienced grief and loss at this level.

This thought is something that has never passed my mind. Sure, I know we say “till death do us part” in the traditional wedding vows — but I had never stopped to think about how that meant one of us would lose the other to death.

So much more in this episode: